What draws retirees back from warmer climes, gets college kids all warm and fuzzy about home and causes veteran event planners to shake in their boots? The Grand Old Fourth of July celebration, of course. The Grand Old Fourth is the biggest party of the year and an international tourist attraction. The Bainbridge Island Chamber of Commerce, which organizes the event and coordinates the volunteers who make it happen, expects 25,000 to 30,000 people this year.

“I was shaking in my boots when I first saw the scope of it all,” says Rex Oliver, the Chamber’s new president and CEO. The celebration is also a homecoming, as former residents and college kids come back for a quintessential Bainbridge experience. “It’s like a big living room,” says Vicki Rauh, a longtime Chamber employee who organized the event for many years. “People just come down and see who they can find to catch up with.”

Now in its 45th year, the Grand Old Fourth of July attracts all ages to Bainbridge’s living room with kid stuff, food, music, a street fair, a classic car show, fireworks and, of course, the parade. “It is a monumental effort that we start in January,” says the Chamber’s Betsy Leger, the lead planner of this year’s celebration. “We’re all thinking about it 24 hours a day.”

The Chamber staff relies on dozens of volunteers, along with the police and fire departments, to make it all work. You’ll find the Spartan Booster Alumni Club serving the pancake breakfast, the high school girls’ swim team picking up garbage and Kiwanians marshaling the parade.

All of the teams are adept at managing the unexpected. One year they had to accommodate a family who lived along the parade route on Madison Avenue and really, really wanted to drive back to their house while the parade was in full swing. “They didn’t speak English very well, but they weren’t going to take ‘no’ for an answer,” recalls Rauh. “So we put them into the parade, and that’s how they got to their house.”

Though it is a tradition, things do change. What’s new this year? Old is new again, as the parade returns to the now construction-free East Winslow Way. The July 3 street dance, sponsored by Bainbridge Island Downtown Association, is also back this year. Kids can enjoy a new attraction at the Waterfront Park stage—a reptile zoo that includes alligators and pythons, which opens at 11 a.m. 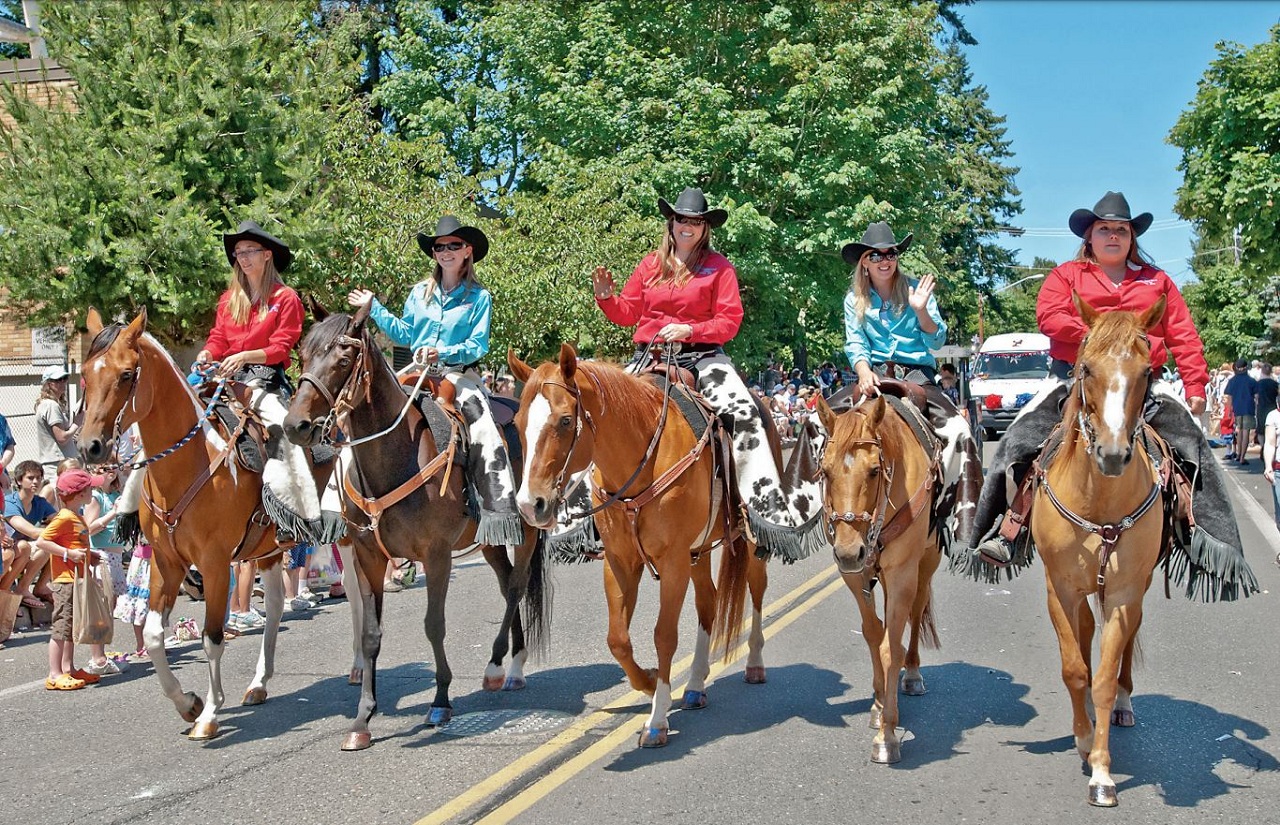