Not too long ago, Bainbridge Island was mostly forest and farmland. There’s still a lot of forested land, but the farmland has largely been replaced by built property, laced with Scotch broom and ivy. While weed warriors tackle the invasive species, some landowners are working to save farmland, often with the help of nonprofits.

Willowbrook Farm, currently on the market for $1.75 million, occupies 25 rolling acres near Highway 305 and Day Road. Originally part of the 100-acre Lovgreen Dairy Farm, this parcel was slated for development into a driving range in the late 1980s. In its first action toward protecting open space, the newly formed Bainbridge Island Land Trust (BILT) purchased the property, and in 1990 completed a conservation easement to protect it.

The easement provides permanent protection for this pastoral land, which includes streams and wetlands. Mike Ryherd, one of the founders of BILT, and Dottie Parcheski then purchased the property from BILT. They grew and sold fruits, veggies and flowers and ran a bed and breakfast in an old cottage on the property. They put the farm on the market in 2010; it’s currently listed by Buckley & Buckley.

“I believe one of the reasons that this property was a success story for the Land Trust was that Mike and Dottie acquired it in order to protect it,” says Asha Rehnberg, executive director of BILT. “In a sense they acted as a conservation buyer, and we were very appreciative of that.”

On North Madison Avenue just south of Valley Road, the Wilson family has worked the property most recently known as Island Holly Farm since the 1800s. In 2011 it was divided into three parcels, two of which have been sold to preservation-minded owners who live elsewhere on Bainbridge. The sale of the third parcel closed on May 31.

In Island Holly Farm’s heyday, the Wilsons grew and sold holly, flowers and blueberries. Buyers of the divided property could have turned their backs on the farming business and built anywhere from two to four homes on each lot. At least for now the farming continues, though no conservation easements are in place.

Stacy Lewars and Dylan Tomine bought the first parcel last September, named it Bainbridge Island Blueberries, and jumped right into the tail end of the blueberry growing season. The second parcel, which sold in May, has remnants of the holly farm as well as a half-acre of blueberries. The third parcel includes a 1950s farmhouse.

According to Mercury Michael of Bainbridge Homes, the new owners intend to maintain the working farmland and plan to fix up the house for rental, perhaps to full-time farm workers. “My clients also envision a cooperative agreement where the house would be available for the workers of all three parcels.”

While there are “no guarantees or promises,” about the future, Michael has put the new owners in touch with Friends of the Farms, a nonprofit committed to sustaining Bainbridge’s agricultural heritage. 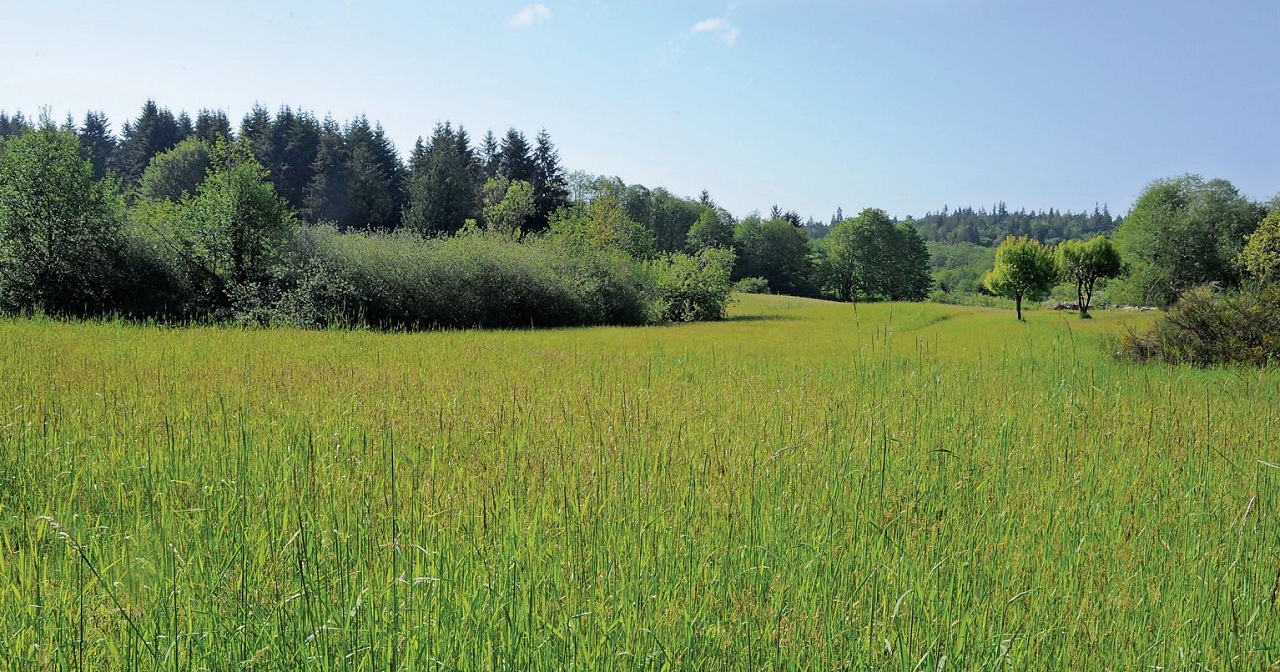 How Much Land Has BI Land Trust Conserved?