A Network of Neighborhoods // Prepping for the Big One

Scientists predict a 1 in 3 chance that a 9.0-magnitude earthquake will hit our region in the next 50 years. Just thinking about readying yourself for something so catastrophic, much less attaining 100 percent preparedness for a major seismic event can be daunting and paralyze us into inaction.

But don’t let the harrowing prospect discourage you from getting organized. Even if you missed this year’s annual “Three Days of Preparedness” hosted by the City of Bainbridge Island at the end of September, it’s not too late to get organized and equipped.

An easy way to get started is to grab a copy of Prepared Neighborhoods written by Bainbridge’s own Scott James. Five copies are available at the library, but if you want your own, the approachable how-to book is also available at Eagle Harbor Book Co. All proceeds go to the Permaculture Research Institute and to Bainbridge Prepares, a collaborative group of individuals, organizations and local government with the mission of preparing island citizens.

In fact, the local nonprofit has a goal of making Bainbridge the most resilient town in Washington state. James’ book is rich in references, resources and checklists on a wide array of topics related to emergency as well as day-to-day, way-of-life preparedness.

But if there’s one major takeaway that James emphasizes in its pages, it’s to know that “more than any other preparation you can perform or piece of gear you can buy, creating a network of caring relationships with others in your immediate area not across town is the single most important type of security preparation you can make.”

James says that group preparedness produces more resilience than individual preparedness, as does planning for a long-term versus short-term recovery period. To that end, the Bainbridge Island Fire Department co-sponsors the Map Your Neighborhood (MYN) program, which provides tools to help neighbors collectively organize themselves for an emergency.

He advocates preparedness through fun and recommends we don’t live in fear, but rather host social activities that focus on developing friendships and strategies. Having a solid MYN plan provides a strong foundation for the Hub System, which is being developed by Amber Richards, the emergency management coordinator for COBI.

By 2020, most every resident on island will have a “hub” within a mile or two of home where they can receive information, shelter, food and water, as well as medical attention in the event of a major disaster. The leadership from each of the MYN groups will augment the volunteer groups that will run the Hubs.

As you conduct your planning, whether with your family or with your neighbors, think of the Survival Rule of 3: One can survive three minutes without oxygen, three hours in inclement weather without shelter, three days without water and three weeks without food.

Use these guidelines when planning an escape route, deciding what clothing and other items to pack in a go bag, coordinating with neighbors on creating shelters, and estimating quantities for each member when stocking alternate water and food supplies.

Beyond stockpiling bottled water, it’s also wise to know how to source and purify (not the same as filtering) alternate water sources, as well as how to grow food when existing supplies run out. A resource from the Washington State Emergency Management Division provides a structured approach called the “Prepare in a Year” plan, which not only breaks down an enormous task into one-hour-per-month increments but also helps spread the costs of acquiring supplies.

The plan can be found at bainbridgeisland.com/prepareinayear. As we near the end of 2017, we can reflect and learn from the aftermath of the disasters that affected Texas, Florida and Puerto Rico. The big lesson learned?

Don’t assume that the government and first responders are coming right away to help you. The more we’re prepared at the individual and neighborhood level to build resilience and take care of ourselves, the more they’ll be able to help those in dire need. And the better off we’ll all be. More information at bainbridgeprepares.org, preparedneighborhoods.com and bifd.org. 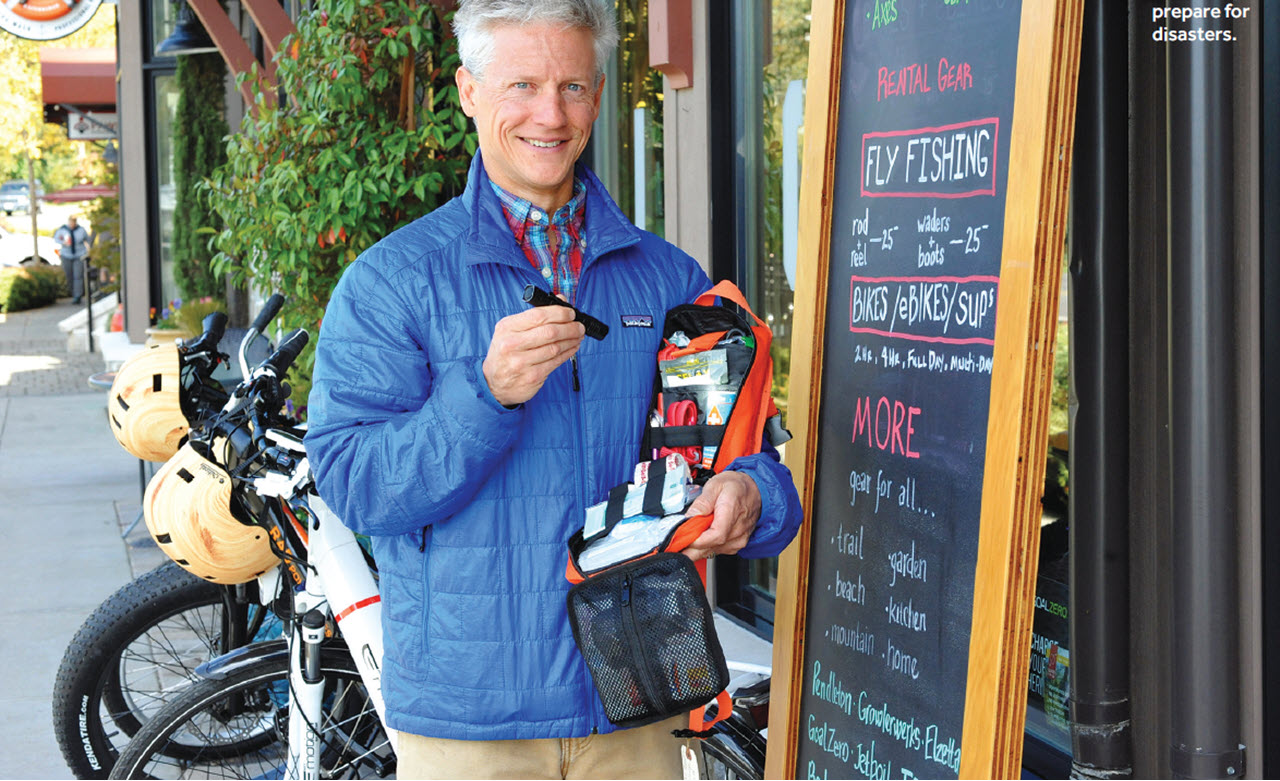