Being Santa // Spending Time at Home With Old Saint Nick

Every December 24, he’s the hardest working man in the world. For longer than anyone can remember, Santa Claus, or Saint Nick to his close friends, has been an indefatigable bearer of gifts and bringer of good cheer. Bainbridge Island magazine caught up with the bearded traveler in his newly renovated kitchen. Santa was taking a short break from checking his list—twice, we noticed—and sat down to talk about his semi-reclusive lifestyle, what it’s like to fly in our overcrowded air corridors with nine rambunctious reindeer, and how the moon landing relates to the spirit of Christmas.

You live out of the public eye most of the year at the Claus compound at the North Pole. why choose such a remote part of the arctic for your home?

I need to decompress after the holidays, and this place suits me. I find the cold invigorating. It’s quiet and far enough off the beaten track so the elves and I can work uninterruptedly without having to worry about people dropping by or being bothered by the paparazzi.

Do you miss the days when you were the only object aloft on Christmas eve?

Oh certainly. With the night sky to myself, I could really make good time. Still, with NORAD’s keeping careful track of my sleigh and flying reindeer, I get around pretty well.

The reindeer have become household names. Has the fame gone to their heads?

Not at all. They’re professionals. They realize that it’s not about them. It’s about the children. Even Rudolph, who came late to the team and never joined in any reindeer games, appreciates this.

Did you have any kind of formal contract with Rudolph when you hired him?

No, it began as a handshake [laughs] or, in his case I guess, a hoofshake. It was a foggy Christmas Eve. I asked, “Rudolph with your nose so bright, won’t you guide my sleigh tonight?” He said yes, and the rest is history.

Your signature laugh: why ho-ho-ho?

It just came naturally. That’s why some call me Jolly St. Nick, I guess. Over the years some marketing types suggested I tone it down, but it didn’t feel right.

Not long ago some engineers did a study in which they estimated the number of Christian homes in the world, how many children are naughty vs. nice, and concluded that in one night you have to make an estimated 156 million stops.

I’ve never crunched the numbers, but that sounds about right.

Factoring in the average weight of a toy at two pounds, they also estimated your sleigh would have to carry about 500,000 tons. it sounds impossible.

I’m not an engineer so I can’t address the particulars of those numbers you’re throwing around. All I know is after sunset on Christmas Eve I start out with a full sleigh and work like the Dickens, and by dawn, my sled is empty and every deserving child has a gift.

What do you say to people who don’t believe you exist?

Some people still don’t believe we put a man on the moon. To those who doubt, I say look into a child’s eyes on Christmas morning and tell me there is no Santa.

Just this: Happy Christmas to all and to all a good night. 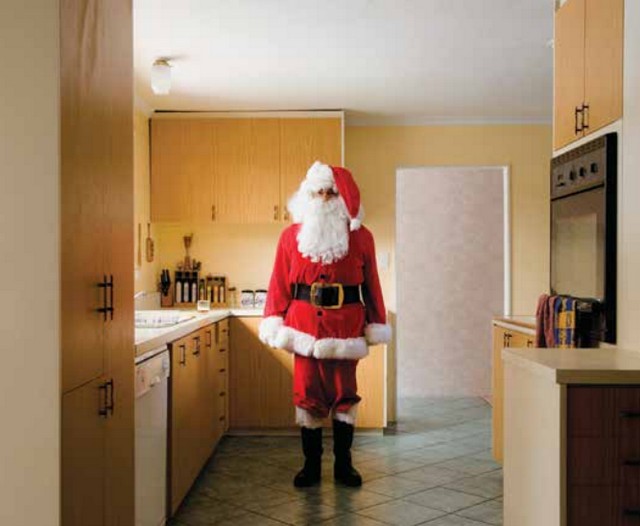