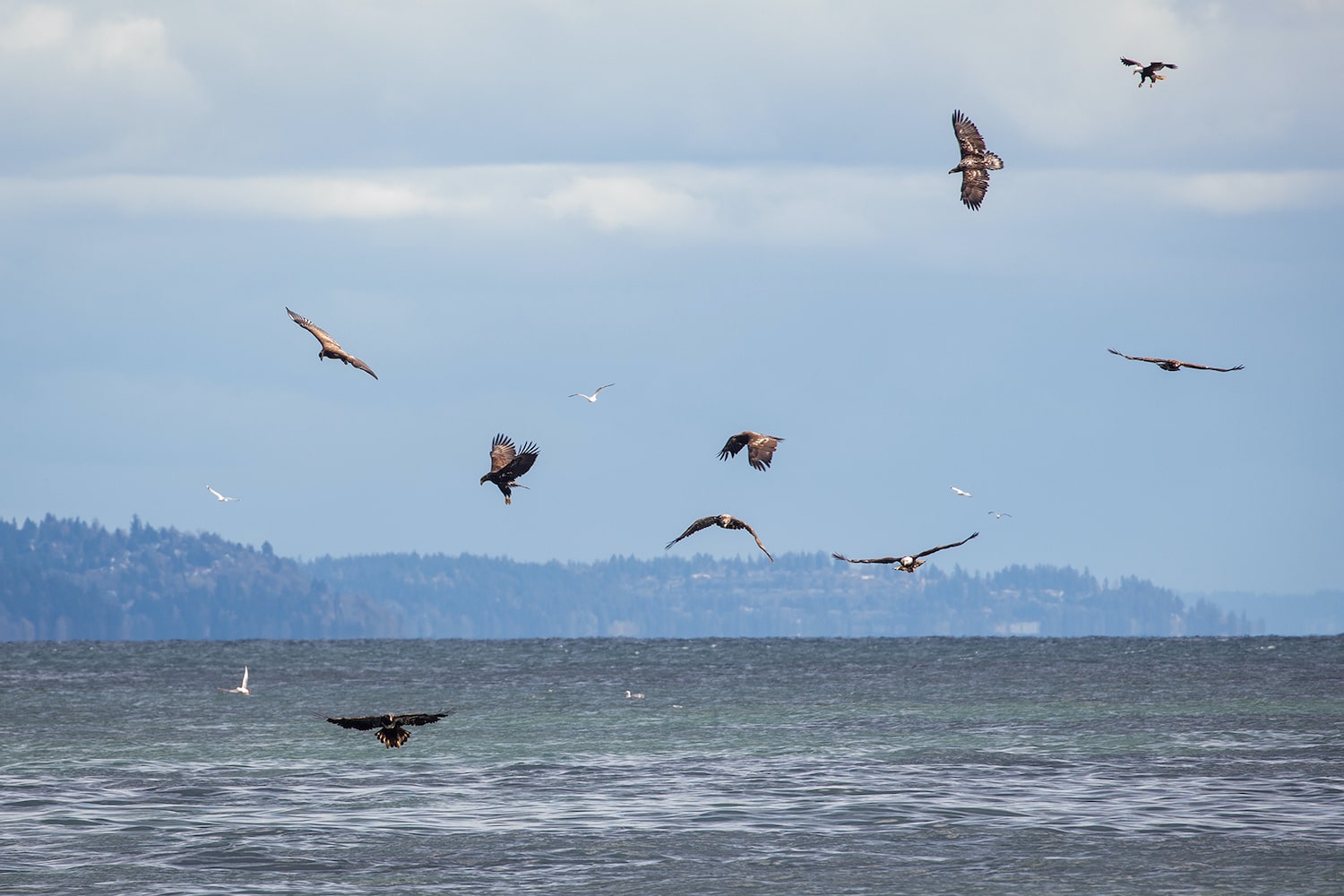 “Our children were young when we moved here, the youngest was 5,” said photographer Sue Larkin, whose family of five has been on the island since 2000. “And from day one, we were able to watch from our home a pair of eagles live, raise young and take first flights. We are all wildlife enthusiasts.” Since her youngest graduated from BHS in 2014, Larkin she said she’s had more time for birds—to learn their different birdsongs, watch their migrations and (as evidenced here!) photograph them. When Larkin recently noticed more than four eagles flying above their home on April 2, she knew something was up and headed to the beach. “It’s the first time we have ever seen over a dozen eagles off Fay Bainbridge beach swooping down to feed on the abundance of herring during their spawn. It was wonderful to see and witness.” We think this beautiful photo is a veritable feather in her cap.